Thoughts on The Real Cuba 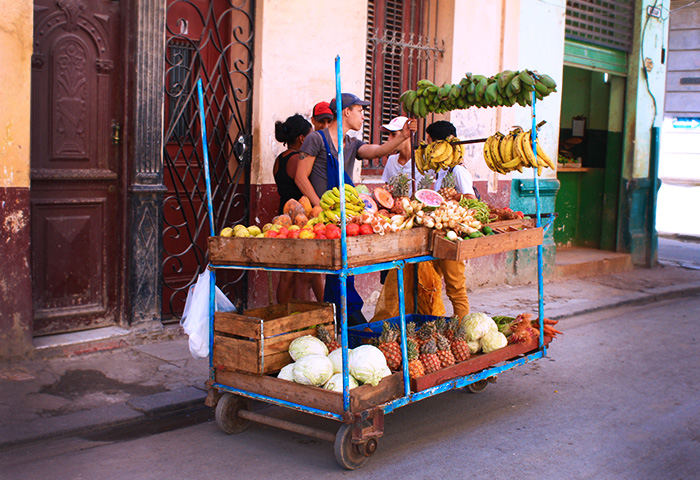 25 Apr Thoughts on The Real Cuba

Cuba : a country that has few luxuries but an undeniably alluring personality. Whether it’s the classic cars that are held together by tape and string, the crumbling buildings held up by wooden scaffolding, or the welcoming people that have an irresistible charm – there are countless stories to be told here.

Rooftop bars awkwardly open into a family’s living room, old men ride oxen carts down the main road, and on every other corner pizzas and tamales are sold straight out of someone’s living room window.

Cuba is drenched in natural and almost indescribable beauty, not just aesthetically, but in every way possible. Luckily for the traveler, the faded beauty that cloaks this time-warped country doesn’t hide it’s raw and pungent authenticity. It’s not all classic cars and pretty countrysides. Cuba’s decades-long communist experiment has left its mark on the people and the culture.

Observations on three facets of Cuba:

The Water. As Americans, we’re often discouraged from drinking tap water regardless of where we travel. While we’re lucky enough to have some of the cleanest drinking water in the world, Cuba, on the other hand, doesn’t even have traditional running water. Tired, rusted trucks make their way around the city filling cisterns for local businesses and homes. Rural areas have stationery tanks that offer potable water for residents to purchase. Get outside of the city, and you’ll find oxen pulling large metal drums down dirt roads in search of the nearest water tank. A tan and weathered local, usually a cowboy, will trot along side straddled on his gaunt horse. This isn’t uncommon. In fact, it’s all too normal. Even in the small towns, locals employ their livestock to pull a cart of plastic water jugs from the local tank back to their humble home. Something about witnessing a 70-year-old woman pulling a wooden cart of water jugs up a hill makes you appreciate the luxuries of home.

The Food. Grocery stores in the western world have a tendency to overload shoppers with stunning displays, numerous options, and ever-changing inventory. In Cuba, grocery stores simply don’t exist. Families are allotted food rations. Yes, rations. World War II style, everyone gets the same thing, doesn’t matter what your situation is, no choices, rations. Every family is assigned a local market. The family and the market each get a book filled with ration slips. Each week the family goes to their local market and picks up their food allowance. A few eggs, some rice, butter, bread, ham, and if they are lucky and the shipment from China came in on time, chicken. On birthdays and weddings, they get beer and rum. Children and pregnant women get milk. The local market attendant knows what to give each family because it’s written in his ration book which was generously provided by the government. A modest selection of local produce can be purchased from street vendors. Along main highways, men stand on the side of the road selling garlic, onions, or whole chickens—grilled and hanging from a stick. The markets that can be found in Cuba are difficult to describe. The shelves are empty. The lack of capitalism has led to the demise of selection. You may find ketchup, a few large bags of rice stacked in the corner, and a selection of local rum for sale, but there is only one option for each item. It’s as though the stores were looted a half-century ago and the shelves were never replenished.

The People. For a country that appears to have so little, the people offer so much. Everyone we met was welcoming, helpful, and, for the most part, genuinely excited to meet us. I’d be lying if I said none of them wanted anything from us. A weathered cowboy approached us as we walked through farmland in Viñales, promptly told us it was his 65th birthday, and asked us for $5 to purchase new clothes, a gift we were happy to give. A few moments before our encounter with the cowboy, a local farmer met us in the road to sell us fresh fruit, excited to charge us 20 cents for 6 bananas. It can be heartbreaking to see a grown man so excited for spare change, but in Cuba, pennies matter. A vast majority of the Cuban people are employed by the government and make what would be equivalent to around 20 US dollars per month. Despite their lack of food choices, the poor economy, and deteriorating cities, the people have an undeniable spark.  They are proud, they are friendly, and most of all, they seem genuinely happy.

Depending on how you look at Cuba, you can see two very different countries. A stroll through Havana Vieja will give the casual traveler a photogenic glimpse into the past, while a closer look reveals a country full of stories, struggles, and personality. With the recent easing of travel restrictions, hopefully more travelers will not only visit, but find ways to give back to this great country. See how you can travel to Cuba as an American. 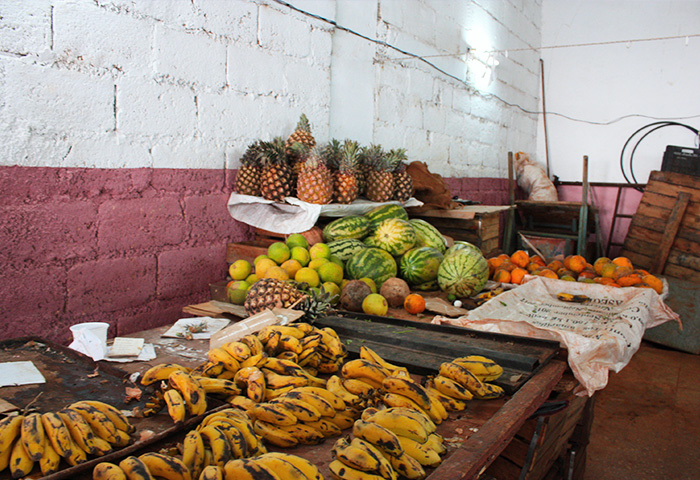 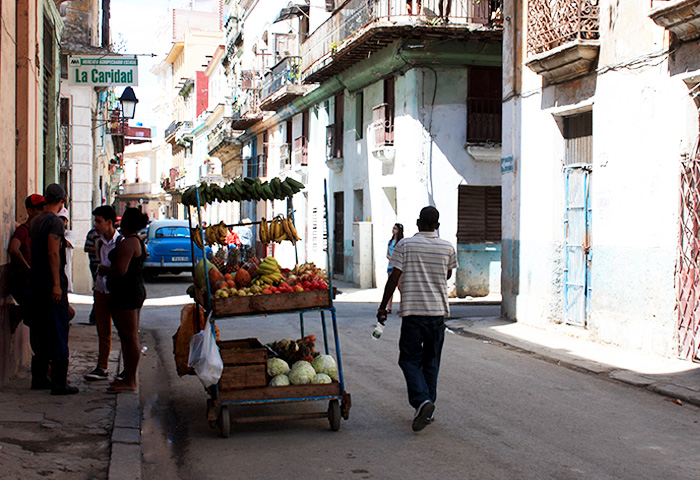