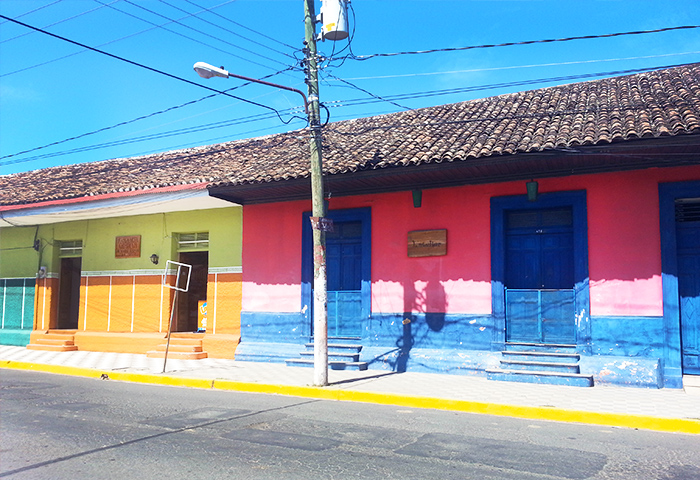 Posted at 19:48h in Central America, Stories by admin 0 Comments

As we began driving, the city lights and the car horns were so familiar, but at the same time drastically different. It was poor. One of the poorest places we had been. Signs for chicken shacks littered the roadside. Old rusted cars putzed along beside us while the smell of burning garbage filled the air. Our windows were down. Not neccesarily by choice, as there was no handle remaining to roll them up. At first we welcomed the fresh air. After several hours in airports and on planes, the warm evening breeze was electrifying.

As we drove down the road and the airport lights slowly faded, the fact that we were alone in a foreign and third-world country quickly became a reality. The small stores and restaurants gave way to wooden shacks and dirt roads. Women stood along the curb with small tables selling coconuts, coca cola, and bananas. Trash lined the streets. Small piles of garbage smoked on front lawns. Corrugated tin propped up against tires and trees housed families. Explosions of fireworks, M80s, erupted every 30 seconds, hoards of people gathered along the road sitting in plastic lawn chairs, blaring Spanish music. There were no street lights, no corner stores. Large trash piles (sadly, easily mistaken for houses) were in flames. It mimicked the scenes of a war movie.

We looked at each other. You can’t help but smile in these situations, for 2 very different reasons. 1: We’ve learned that you should never look scared or uneasy. A little confidence can go a long way in an unfamiliar situations. 2: We were driving down unnamed streets in Nicaragua, alone, sometime around midnight, surrounded by loud music, warm breezes, and an uncertainty that I have slowly become addicted to.

As we traveled along dark, primitive roads, I became more and more uneasy. The conditions continued to deteriorate. Children with distended bellies sat along the road, groups of shirtless teenage boys rallied around cars, lights grew dim and the world around us was dark, lit only by the fires of burning garbage.

Then it happened. That moment. The absolutely uncontrollable moment you have when traveling, when you realize that no matter what happens, you can not predict nor control the situation you may end up in. An hour outside of civilization, deep in a third-world country, surrounded by whistling fires, unable to contact anyone you know, unable to be traced to the location you are in, and relying on a local you don’t know and barely understand… you let go. You take a deep breath, you smile, and you let go. You are entirely at the mercy of your situation. Sure you will keep your guard up, you’ll remain calm, collected, and vigilant. But there is nothing you can do. You are where you are and you must either enjoy the uncomfortableness or let yourself spiral into a fury of worry and panic.

I sat back, breathed in the warm, humid air, and appreciated the fact that I was traveling roads most people hadn’t heard of, nor ever would. That I was surrounded by culture and a drastically different lifestyle. That I felt absolutely and entirely alive. My senses were awake, my mind was racing. My life was changing, I could feel it.