Photo Journal : The Malecón and the people in Havana, Cuba 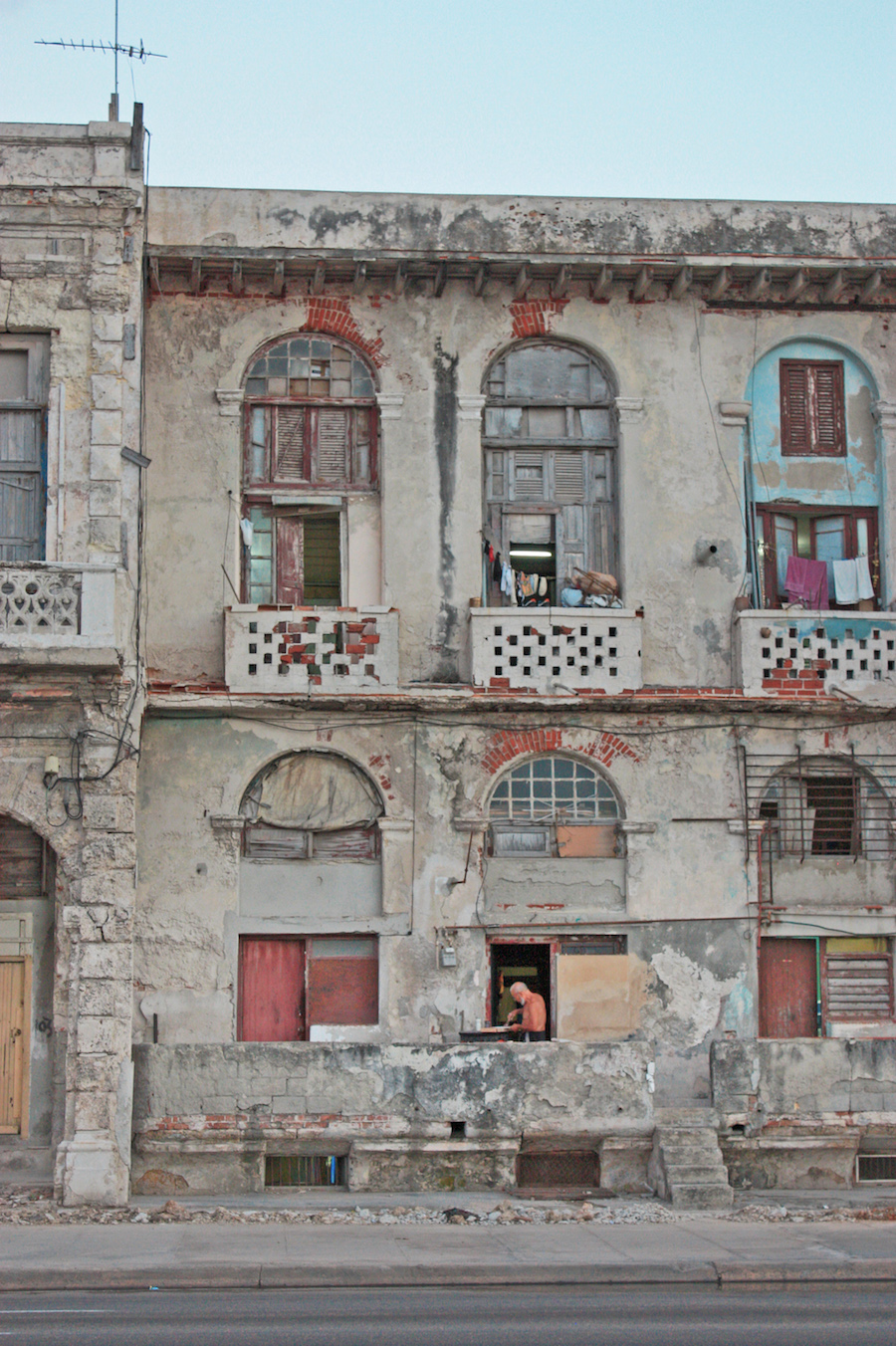 12 Jul Photo Journal : The Malecón and the people in Havana, Cuba

Posted at 19:18h in Photo Journal, Stories by admin 0 Comments

I took this photo while walking down the Malecón in Havana, Cuba. The sun was setting, I didn’t have my tripod, and there wasn’t much natural light. I was terrified that I wouldn’t be able to capture the scene. If you look closely you will see an older gentleman cooking food on his front stoop. Anyone that has been to Cuba can tell you that the locals don’t have much. Their homes are simple, their refrigerators are often bare, and their streets are in a tragically beautiful state of disrepair. Aside from what tangibles they often go without, Cubans are some of the happiest and most ingenious people I’ve ever met. They are warm, welcoming, friendly, and above all, inspiring.

This photo was taken on the last day of our trip. After a week of sleeping in the homes of locals and getting to know the people of this beautiful country, I had grown to love the culture and the personalities.

Now, I don’t know this man’s story. I have no idea what he has, and what he doesn’t. I do know that this image shook me a little. I was torn. Here’s a man that has the most beautiful front yard in the world. He looks out his windows and sees the ocean, hoards of people gathered, dancing and celebrating on the Malecón. At the same time, his home is crumbling and I know that luxuries don’t exist here. Is the facade simply that, a deteriorating stucco structure that shouldn’t elicit deeper meaning?

I’ll never know what his days are like, what he lacks and what he has. All I know is that this man has no idea that I flip back to this photo every so often and wonder how he’s doing. That’s the thing with travel, you end up leaving your heart in a hundred different places.

: A little perspective on the beauty of the Malecón :

The Streets of Havana

Thoughts on the Real Cuba

A Cuban Travel Odyssey : Viñales to Havana by Taxi

The Cuban Countryside : A Walk Through Viñales