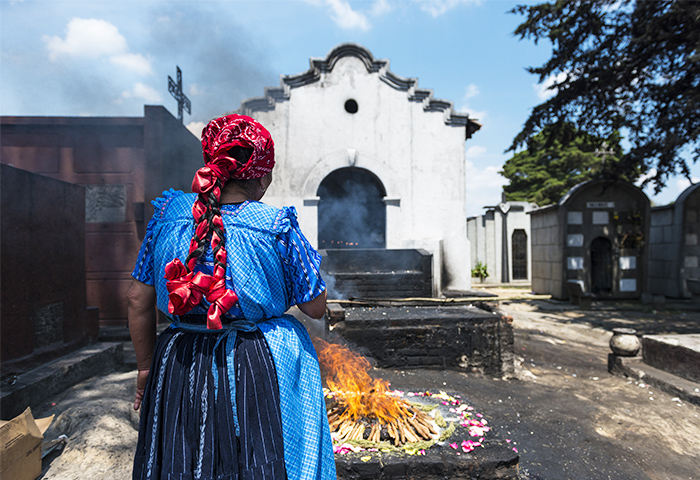 Posted at 23:47h in Field Guide by admin 0 Comments

Why is Guatemala so captivating? There is something about it that grabs you and pulls you in for a closer look. Perhaps it is the extremes? Everything in Guatemala does appear bigger and more thought-provoking. The cities are surrounded by active volcanoes. Its great lake is perched high in the mountains. Its ancient ruins are among the most impressive in the world. Perhaps, instead, it’s the notion that Guatemala is somewhat of a fleeting destination. After all, the same extreme forces of nature that have sculpted the Guatemalan landscape routinely threaten to rip it apart. Much of Guatemala has already been torn apart by eruptions, earthquakes, or the ensuing floods. It is only a matter of time before nature strikes again.

In any case, something about Guatemala is different. It has staying power. Your experience there will stand out amongst all of your other travels. It doesn’t just become a check on your list. Rather, it becomes one of those places that when asked you say—I would definitely go back.

Here is our Guatemala Field Guide to get you started on an adventure that will change your life. 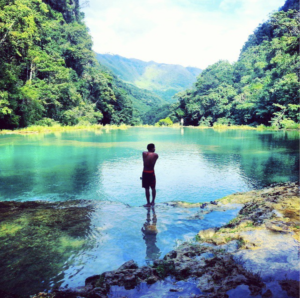 Budget Tips For Traveling to Guatemala

Fly to Mexico or Honduras : Some destinations in Central America can be substantially more expensive to fly to than others. Typically the most expensive ports of entry are Costa Rica and Panama. The least expensive are generally Managua (Nicaragua), San Pedro Sula (Honduras) and Cancun (Mexico). Destinations in Guatemala and El Salvador are usually somewhere in between.

Stay in Hospedajes : Hospedajes are small family owned guesthouses located throughout Nicaragua. They are generally very reasonably priced and can include some meals. Lastly, they are a great way to give back to the local community rather than the big box hostel chains.

Wait to Book In-Country Flights : If you plan on flying within the region wait to book your flights until you are already in Central America. You can save a tremendous amount in taxes and fees.

Take the Chicken Bus : The chicken bus is a fantastic (and cheap) way to get around. Besides, you came all this way to see how the other half lives. So have a seat.

Spirit Airlines : This is not a plug. It is a fact. If you’re flying from or through the United States, Spirit Airlines offers the cheapest flights to Central America. Spirit flies direct from Fort Lauderdale to Guatemala City. Spirit also flies direct to San Pedro Sula (Honduras) which is an hour by private car to Puerto Barrios, Guatemala.

Guatemala Field Guide: Things To Do In Guatemala

Lake Atitlan : Few places on earth rival the beauty of Lake Atitlan. The entire lake lies in a caldera formed by an enormous volcano eruption. The lake is surrounded, in turn, by other smaller volcanoes. The water and volcanoes culminate to create quite possibly the most beautiful place on earth. Add a few more days to your trip here. You will need them for your Instagram feed.

The lake is ringed with a slew of unique little towns accessed by small taxi boats that continuously circle the lake. The towns themselves are quite diverse. Some like San Pedro cater to backpackers and wanderers looking to blow off some steam. Others, like San Marcos, draw quiet expat communities and yoga enthusiasts.

Get there soon as the water is rising. Remnants of older buildings are seen all along the lake’s edge just under the surface. Unfortunately, no one seems to know why. Some say an earthquake blocked the lake’s outflows. Others say the bottom of the lake is rising from volcanic pressure below. Still, others cite the local Maya practice of building villages high in the hills away from the water as evidence that the water level has been rising and falling for millennia.

Semuc Champey : Semuc Champey is a series of limestone pools filled with brilliant turquoise waters that slowly spill down the valley into the river below. You can spend an entire day here swimming and admiring the glistening pools. Like many other places in Guatemala, you may find yourself wondering how something so incredible can exist, and why you haven’t heard of it sooner.

The pools are generally reached from the nearby town of Lanquin. The drive to Lanquin is slow going but breathtaking. The ride from Lanquin to the pools and nearby hostels is even better. Other attractions include ‘guided’ caving in the nearby hills. This is not an adventure for the faint of heart, but it is a must for adrenaline junkies.

Antigua : With its colonial architecture, churches and winding cobble stone streets, every corner of Antigua could be a postcard. It’s very reminiscent of San Juan and Cartagena, but unlike those heavy hitters, Antigua is not set on the ocean. Rather, Antigua is in a valley set against a dramatic backdrop of volcanoes and bright blue skies. You can see one of the volcanoes, Fuego, erupting in the distance from many parts of the city.

Antigua has all the western amenities you would expect and a well-developed tourism industry. It is a great place to rest in between more remote destinations. The city is a staging point to visit the surrounding Volcanoes and the nearby Ciudad Vieja.

Tikal : An absolute must see for anyone visiting Central America, Tikal is an ancient Maya city deep in the Guatemalan rainforest. We will not waste your time here with the details of the site as your tour guide will explain everything to you while you’re there. Just go. It is incredible.

Flores : Flores is a gorgeous colonial city located on an island in Lago Petén Itzá. A causeway connects the city to the mainland. Flores is a staging point for travelers to neighboring Tikal. The city is quite nice, however, and should not be overlooked on your itinerary. Take a couple days here to relax and enjoy the winding streets and great restaurants.

Quetzaltengo : Located in the western highlands Quetzaltengo is the second largest city in the country. The city’s pre-Columbian roots blend with its Spanish & German influence to give it a unique vibe. It has a more authentic Guatemalan feel then Guatemala City. The city itself is a gem and great for exploring. It is also a good staging point for hike into the surrounding hills and volcanoes. Guatemala City may not be on your list, but your trip should include a visit to Quetzaltengo.

Rio Dulce : This pleasant town is on the edge of Las Fronteras and is the last main stop before heading into El Petén. The town is a good staging area to explore Castillo de San Felipe and the Rio Dulce Basin. Boat rides down the Rio Dulce are quite nice. The white towering cliffs are beautiful, so are the views of the Castillo. The river’s secluded location is also a safe harbor for boats from all around the world.

Livingston : Do not let anyone fool you. This is not a nice place. Some travel guides may try to lure you here with the promise of rich Garifuna Culture. Having been many places, this town is truly the armpit of the world. While being seedy is not inherently bad—Livingston, Guatemala has zero redeeming qualities—unless you’re the type who thrives on finding the biggest dive bars just to say you have been there. The city is a blend of filth, shady western expats, and phony Garifuna guides ready to take your money.

This condemnation of Livingston comes with one caveat. Similar warnings were given to us prior to our trip to Livingston, but we insisted to see it for ourselves. So it is completely understandable if you decide to do the same!

Guatemala City : Guatemala City became the capital of the country after Antigua was destroyed (again) by an earthquake. Like many other Latin American cities, Guatemala City can be a paradox. There is the very wealthy—then everybody else. Expensive luxury cars and gated homes quickly give way poverty stricken shantytowns.

The city is mostly modern. It does not offer the cultural, archeological or geological wonders that bring most travelers to Guatemala. But it does house most of the country’s best museums. If you enjoy exploring urban center then put Guatemala City on your list. If you have seen enough churches and squares, then move on.