The Curse of the Ham Sandwich 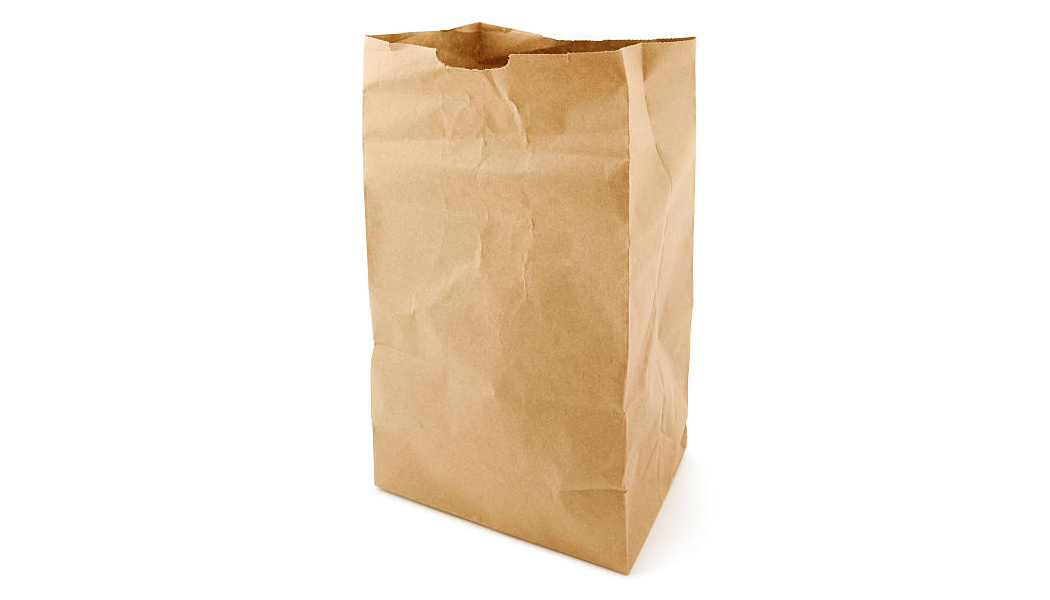 11 Jan The Curse of the Ham Sandwich

Posted at 18:24h in Stories by admin 2 Comments

Maybe I’m predisposed to horrendous ham sandwich experiences. Perhaps I’ve just had a string of bad luck. Or this could be one of those things that all travelers deal with and I’m just making a big deal out of nothing. Either way and whatever the reason, I can no longer eat ham sandwiches.

There are very few foods that I refuse to eat. Odd animal parts tend to make me cringe, but other than that, my taste buds are fairly easy to please. When traveling, I always practice the ‘try anything once’ rule. This commitment to breaking out of my comfort zone has been responsible for many odd situations and even more strange foods.

Somewhere in Northern Chile, at an altitude that forced your breath to stay in your throat and your chest to burn, I stood in a town of 10 people and ate alpaca on a stick. I hung half of my body off the front of a wooden canoe on the Amazon river, fishing with a piece of string and a hook. Later that evening, my dinner would be the piranha I was too afraid to touch and refused to dislodge from my authentic Peruvian fishing string. I’ve eaten raw lamb in Israel, this was an accident, but a pleasant one. There was a soup in Shanghai that had small skeleton pieces in it. I couldn’t decipher the Chinese symbols painted on the wall next to the large bowl of soup I had pointed to, so I never found out what animal had once belonged to those bones. Two bites of that soup was enough to satisfy my ‘try anything’ pledge. Trying bizarre foods is synonymous with traveling; crickets in Mexico, guinea pig in Peru, snake wine in Thailand. Surprisingly, after 28 countries, my food curse revolves around the most basic of meals—the ham sandwich.

It was 2013 and my excitement was as overwhelming as the rucksack I carried on my back. We were in Valparaiso, Chile. The streets were tangled around hillsides and curved around dangerous bends, constantly overlapping each other or dead-ending into graffiti covered brick walls. The roads proved as impossible to navigate as the Spanish menus. Too many hours on international flights and walking steep hills to our hostel left me hungry and exhausted. The corner café seemed like an appropriate place to resolve at least one of these matters. I glanced at the laminated menu and immediately realized that I knew much less Spanish than I had previously thought, but years of working in restaurants was finally starting to pay off. Calling out food to Spanish speaking line cooks proved to be valuable practice for ordering food in Latin America. Papas fritas jumped off the page and I knew I had found something I liked, french fries. They were one of the ingredients listed under Salchipapas. I’m not sure if it was the excitement from my first day on the road, or what I would eventually eat at that café, but I will remember the name of that dish until the day I die.

After a few minutes, the waiter sat a plater down in front of me. It held a heaping pile of soggy french fries covered with a very unique assortment of foods. There were thick slices of hotdogs, black olives, tomato wedges, chunks of flavorless white cheese, and triangles of fatty ham. This was all topped with a blanket of mayonnaise and a handful of toothpicks. You’re either cringing at this description, or your mouth is watering at the thought of this junk food paradise. For me, this was nothing more than a realization that whatever I ordered for the next three months was going to be a gamble. And while occasionally I would win, other times I would end up with chunks of ham on my hotdog covered french fries.

It only took a few days on the road for me to learn that when backpacking, you eat whenever you get the chance. You never know when a missed bus, completely arbitrary local holiday, lack of cash in small-town ATMs, or some other unforeseen circumstance will leave you without food. As we traveled between countries, we regularly ended up on long bus rides. One nice thing about these commutes was that your fare often included a pre-packaged meal. They were generally a little underwhelming, and over time, they caused me to have a physical reaction to brown bag lunches.

The first long bus ride was from Santiago, Chile to Mendoza, Argentina. It was supposed to take six hours. Our late departure, our slightly intoxicated driver, and sitting idle behind a staled semi-truck on the edge of a mountain all helped make the journey a little over 9 hours. Lucky for us, who are perpetually underprepared and hadn’t brought any food, they served lunch. My eyes lit up when I saw the crumpled brown bag. My first experience with bus lunches, and I was filled with optimism. There could be anything in there! Maybe it was tacos, potato chips sounded good, even an apple would have been a refreshing treat. I unrolled the bag slowly, savoring the moment of anticipation, then I looked inside. A square brick covered in aluminum foil. I pulled it out, unwrapped it, and stared at my meal. Two pieces of white bread, in the middle was one thick rectangle of ham that flopped out from both sides. I lifted the top slice, webs of bread clung to the meat. There was nothing else on it. I lifted the ham. Nope, nothing there either. So I did what every hungry person would do, and I ate my dry, tasteless sandwich.

A few days later on a bus to Buenos Aires, I was met with the same brown bag situation. Since this was only my second experience with mystery meals, I still had that rush of anticipation and hope for tacos that comes naturally for me. I unrolled the brown bag, looked inside, and pulled out the aluminum foil. Another sandwich. Maybe this one was different. I lifted the slightly damp white bread, and there laid a thick slice of limp, pink ham. I ate half of it. Something didn’t taste quite right. It could have been the soggy bread, the fact that I had to tear each piece of ham that I bit into because it was nearly impossible to chew, or how the bread congealed to the roof of my mouth. I gave the second-half away. I looked around the bus, everyone else appeared to be eating their sandwich. Maybe I was overreacting.

We continued to travel around Argentina, eventually made it over to Uruguay, and were now headed North East. During these weeks, we endured several bus rides and even more ham sandwiches. On this particular day, we were preparing for a 21 hour journey from Buenos Aires to Salta. In the days before the bus ride, I was struck with a small dose of the flu and consequently wasn’t able to eat much. We woke early for our departure. It was Easter day and a ferocious storm had wrapped itself around Buenos Aires. There were warnings of floods, the high winds tore out electrical lines, and the rain was relentless. Stores were closed, everyone was taking cover, and our hopes of stocking up on food were deflated. That storm ended up being one of the worst catastrophe’s in the history of Buenos Aires. We were unknowingly trying to outrun it in a top-heavy, double-decker tour bus.

A few hours into the ride, I was already hungry and counting down the hours until we reached our destination. A young man came around the bus carrying the bottom half of a white cardboard box. He was handing out bagged breakfasts. I let my optimism get the best of me. Maybe since it was breakfast, it wouldn’t be a ham sandwich? A few seconds later reality overpowered my hope. As I peered into the bag, my stomach climbed into my mouth. There it was, another lifeless, slightly sticky slice of fatty ham stuffed between two grainy slices of white bread. I couldn’t eat it. I tried picking at the bread, but the pink juice from the ham had soaked into the flavorless sponges giving them a pungent, sour taste.

I looked at my phone. Only 16 more hours until we reached Salta; I could get food there. The hours passed slowly. I obsessively checked the clock. 14 more hours, 12 more hours. 8 more hours. Eventually the same young boy made his way back with the same white cardboard box. He was handing out more brown bags, these of course, were our dinner. I thought to myself, maybe this one would have chips in it. Maybe there would be ketchup or mayonnaise. Maybe I’ll get lucky and there will be something else, anything else. I unrolled the top and looked inside. There were two items, each covered in aluminum foil. My heart skipped a beat. I was so hungry, and in my hand were two edible opportunities. My anticipation crippled my rational thoughts. I let my mind wander. Could it be french fries? Maybe slices of some exotic fruit. Maybe it was a chicken sandwich or a brownie.

I unrolled the large package first. There it was again, another blow to my optimism and my incessant hunger. I stared down at the slices of white bread. Stuck between them was the same thick slice of gooey pink ham, but this time there was a chunk of the meaty substance missing. I let out a sigh of disappointment.

I grabbed the second, smaller package. This was my chance. If there was any hope of me eating on this bus ride, or restoring my faith in the sandwich gods, it was wrapped inside of this oddly shaped foil. I held my breath and slowly opened the crumpled wrapper. Every ounce of hope I had left slowly wound itself into a ball and dropped in my stomach. It couldn’t be. I was holding two pieces of white bread. This one slightly different, the crust had been removed and it was cut in the shape of a triangle. Inside sat the lifeless chunk of ham that was missing from my other sandwich. I couldn’t believe it. Our bagged dinner was a ham sandwich with a side of ham sandwich.

We crisscrossed South America for 3 months and at every bus stop, airport, and juncture along the way, we were met with another foil wrapped abomination. With each successive bag of fatty pink meat and flavorless bread, my repulsion for ham grew stronger. After that trip, I vowed to never let myself fall victim to the curse of the ham sandwich again. I now carry an emergency snack in my bag at all times, I stash them in my car, and anywhere else I can fit some type of packaged food. While I continue to make progress on my recovery, to this day, I still can’t eat a ham sandwich.