A Cuban Travel Odyssey : Viñales to Havana by Taxi 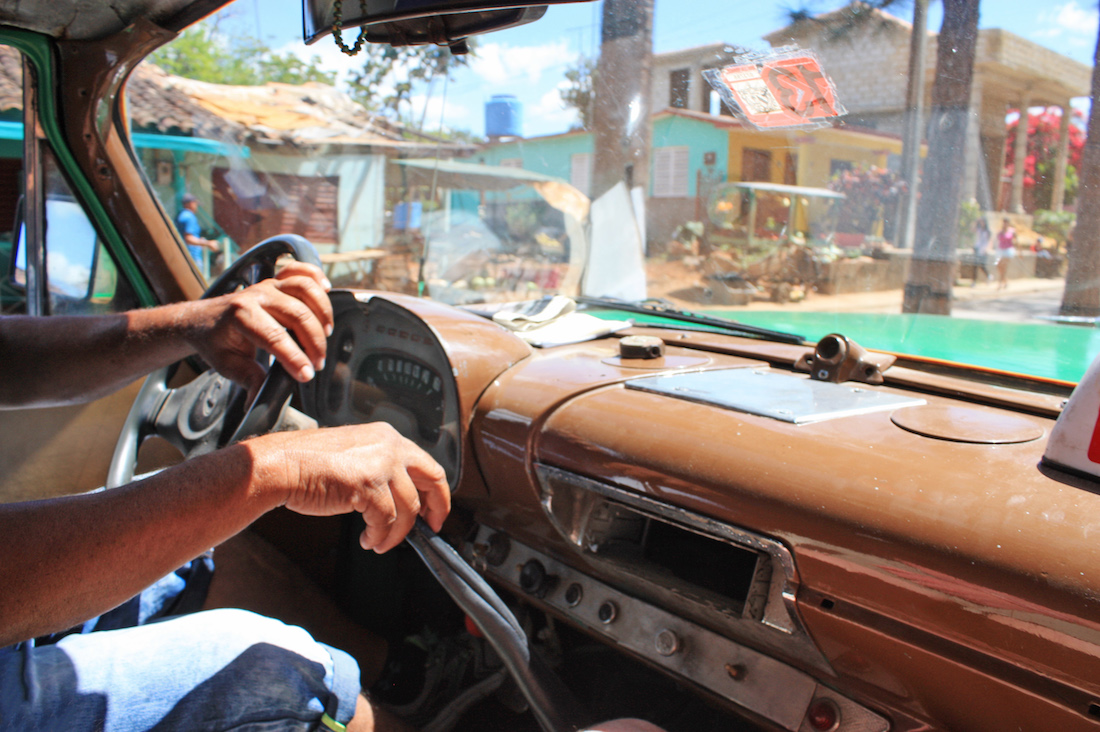 28 Feb A Cuban Travel Odyssey : Viñales to Havana by Taxi

We had made our way downtown looking for a ride back to Havana. We didn’t know exactly who or what we were looking for, but we were certain they would find us. Sometimes it pays to look like a tourist. In this case, putting on our best tourist faces as we navigated through the crowded sidewalks was all the bait we needed.

A teenage boy sitting on a set of colorful stairs stood up and began to walk toward us. As he approached he asked us where we were going. First in Spanish, then in English. “Havana,” we replied. He explained that a ride was available the following morning. We negotiated on price for a moment, then he wrote us our ticket. He instructed us to meet the driver in the opposing plaza at 9:00am. “Where in the plaza?” I asked. “Anywhere.” He replied. “What type of car am I looking for?” I asked. “I don’t know yet.” He said. Such is the case when you travel through many latin countries. All you can do is trust the system—even if you do not understand it. Traveling in Cuba was no different.

We arrived in the town square the following morning as instructed. Our tattered ticket in hand, still unsure of exactly who or what we were looking for. It was 8:30. Given the uncertainty, we thought it best to arrive early to ensure we did not miss our ride. 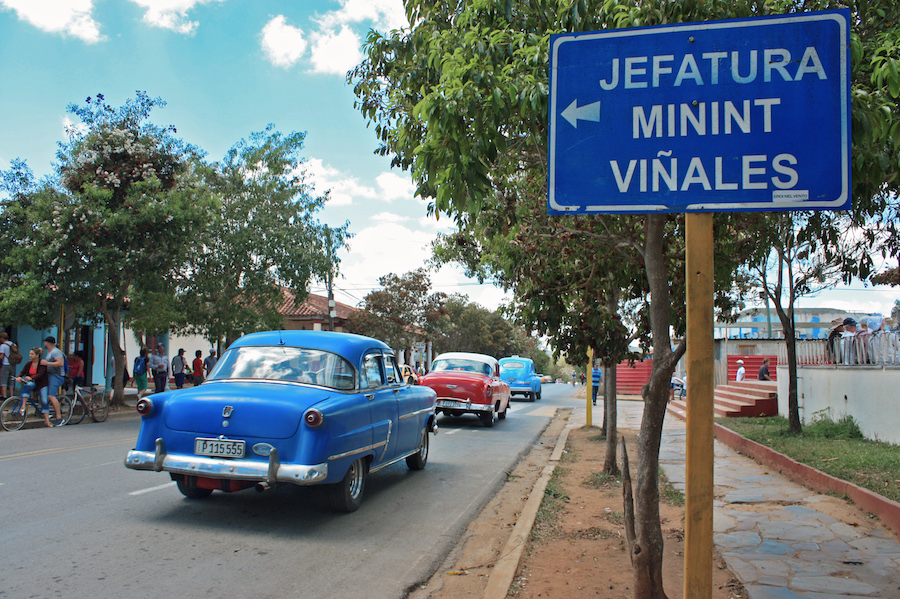 We found a conspicuous place to rest our bags. Then we tried our best to look like tourists again; like the type of people who sit in a town plaza waiting for an unknown ride with an unknown driver. Nine o’clock came and went without consequence. So too did 9:30. We became uneasy and moved our things closer to the street. Perhaps our driver had not seen us, or perhaps we were in the wrong place.

Just then, the boy who sold us the ticket appeared across the street. He made his way through a family walking on the sidewalk and negotiated the street traffic to join us in the plaza. We were understandably elated as we did not know he would be meeting us. “No driver?” He asked. “No,” we replied. He shook his a head and pulled a worn flip phone from his pocket. The call lasted only a moment. “Es ok,” he said, “un momento.”

A few moments later a car rumbled to a stop. The breaks whining as it settled in before us. The car was like nothing I had ever seen. A curious medley of no less than a half-dozen of Detroit’s finest specimens from circa 1950. Mismatched fenders and doors. The monstrosity was held together with an assortment of wire, tape, and similar feats of improvised ingenuity. The entire exterior was repainted a shamrock green.

“Havana” the driver yelled. The boy opened the door and ushered us in to the front seat. Inside the car, the circus continued. It was an amalgam of mismatched parts. The steering wheel was picked from an early model Hyundai. Pieces of the dashboard were replaced with scraps of discolored metal and fiberglass. A carefully cut piece of wood replaced the original speedometer. The numbers and tick marks were painted directly on the wood to resemble a functioning gauge, though there was no indicator needle. As we roared away, my eyes followed a piece of string from the dashboard down to the clutch. The pedal had been tied to the steering column so it did not fall to the floor. The spectacle left one wondering how the engine was held together. 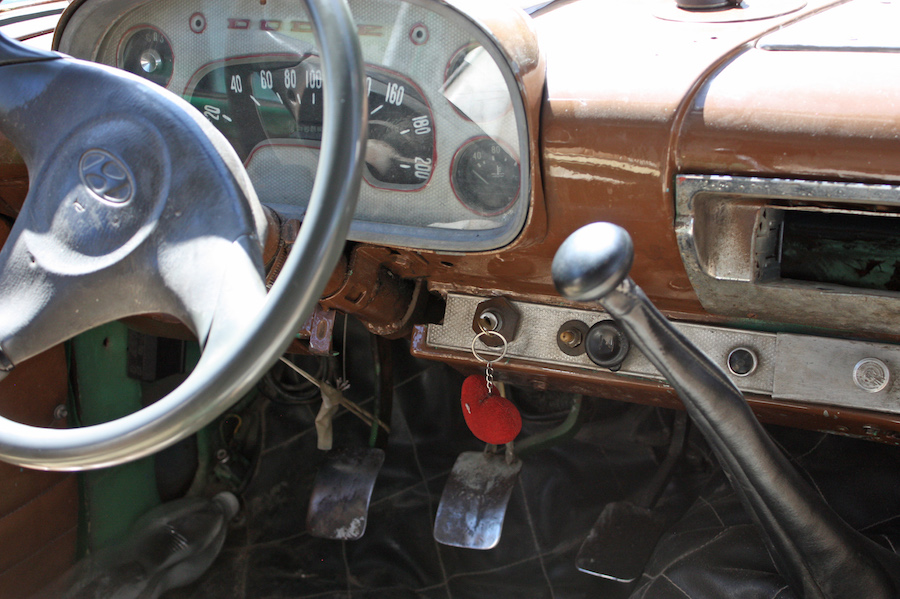 The driver made his way through the streets of Viñales helter-skelter. Left, then right, then left again. Sometimes forward, sometimes in reverse. Stopping occasionally to ask a local for directions before hurling the car forward again. Each time he accelerated the tortured engine wailed. We assumed he was looking for passengers considering there were a few available seats. However, the language barrier prevented us from confirming our suspicions.

We weaved through the dusty, early morning streets for nearly half-an-hour before the car came to a sliding stop in a sandy parking lot. The driver turned off the motor and reached through the window to open his door from the outside. Then he made his way to a building in front of us. We saw the stop as an opportunity to get reprieve from the fume ridden cabin and quickly piled out of the car. When the driver returned he was accompanied by two more passengers. Then we were off again. Left. Right. Left. Dead end. Turn around. Two more passengers. 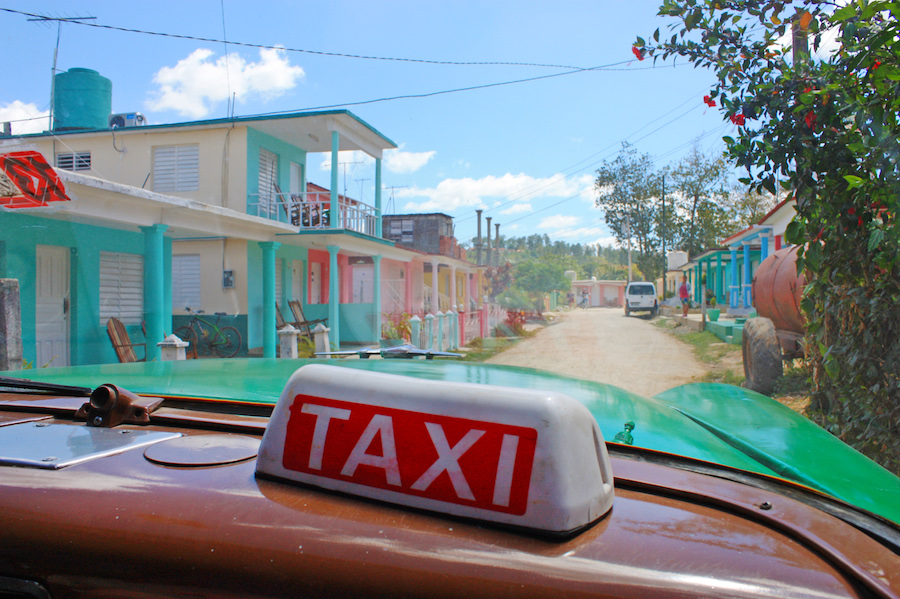 We had circled the small town of Viñales for nearly an hour collecting passengers for our journey. We traveled every street, alley, and dirt road the town offered. With the car full, we were certain we were on our way. Just as we hit the edge of town however, the driver abruptly pulled off the road into what appeared to be either a field or the city dump—or perhaps a little of both. Towards the back of the field was a small unassuming building. The driver parked nearby and left the engine running while he ran inside. He returned with two frozen one-liter water bottles. Placing them on the floor beneath his feet before the car headed back towards the road.

A narrow two-lane road led us out of town. City slowly gave way to an empty winding road as we made our way out of the valley. The car rattled incessantly. Shaking violently through the curves and agonizing over every ridge like an old wooden roller coaster. The thrill ride continued until we reached the other side of the mountains and the road flattened.

Wind swirled through the car from the open windows. Churning warm tropical air and engine fumes through the cabin. A collective silence had settled in among the passengers. The initial excitement for our adventure replaced by calm as we prepared for our long road ahead. As we pressed on, the ride became oddly enjoyable. Although the fumes persisted and the hot air made the cramped car nearly unbearable, there was something wistful about the journey. Roaring through the Cuban countryside. Passing though small towns. Cruising along the ocean. Taking in the all of the adventure the ride had to offer.

The odd tranquility was abruptly interrupted when the driver hit the brakes sharply to stop at what appeared to be a roadside tienda. Without saying a word, he turned off the engine and made his way toward the shopkeeper. The radiator hissed from under the hood. We collected ourselves for a moment and then peered through the window to learn that we had apparently stopped for flan. Our driver wasted no time and was already doling out cash to the shop owner. 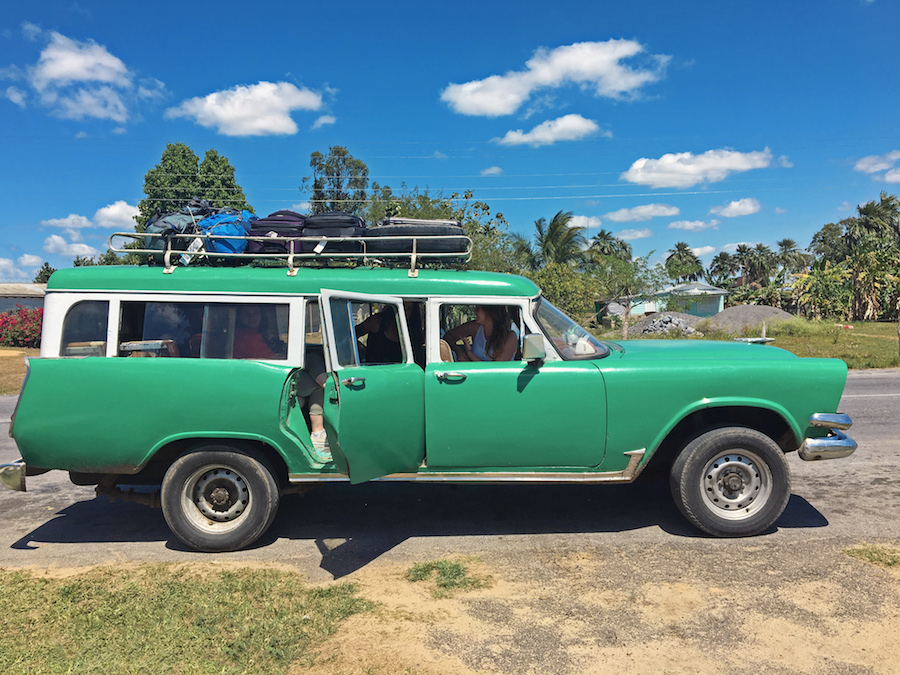 The two carried on in conversation for some time before we realized we weren’t leaving anytime soon. Unsure of our current predicament, we and the other passengers exited the car and mulled around for what seemed to be an eternity. When the driver did return, he retrieved the frozen bottles of water from the car which were now completely melted. He popped the hood and used the sleeve of his shirt to open the radiator. Then he casually added the water, slamming the hood closed when he was done. “Vamos!” We piled back into the car and were off again. Several hours later we finally checked in to our casa particular.

Our journey was a microcosm of the Cuban experience. Cuban’s are tenacious, resourceful, and proud. In a country strangled by communism and a U.S. embargo, the people have found a way to persevere and move forward. Communism prevents the locals from private enterprise; including private taxis and buses. Yet, through a network of intrepid drivers and ambitious ticket-selling kids, they have managed to eke out some semblance of a private transportation network.

The cars in this narrative are nearly seventy years old. Without replacement parts from the U.S. they would be unusable if not for the resourcefulness and ingenuity of their proprietors. Mismatched parts are plucked from wherever they can be sourced and painstakingly fashioned together to keep the cars running.

It is often said that necessity is the mother of invention. A need or problem inspires creativity and innovation to meet the need or solve the problem. This proverb perfectly describes the Cuban people. The devotion and unwavering pride of the Cuban people is what keeps dreams, jobs, and these emblematic cars alive. 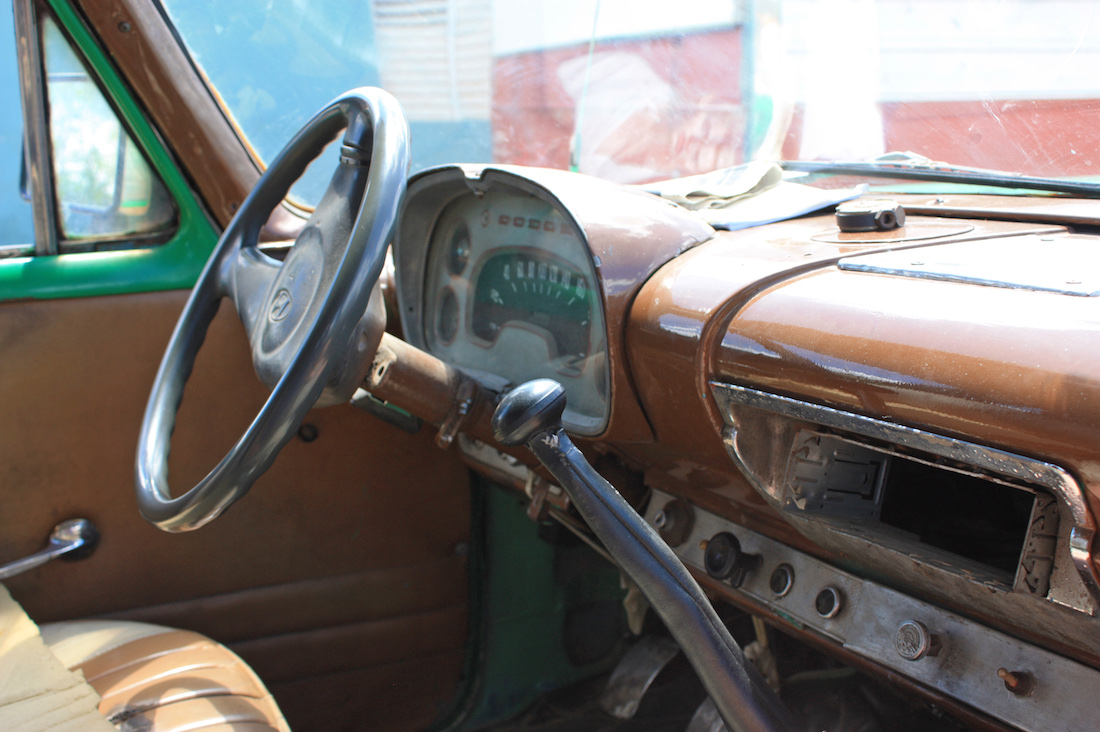 READ : How to Travel to Cuba as an American