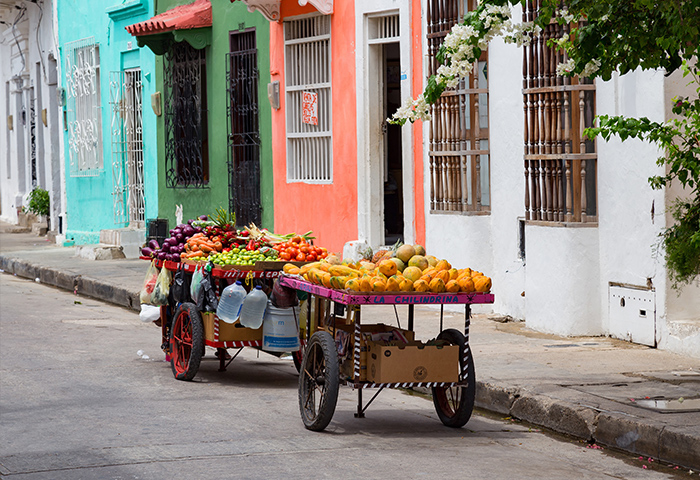 Posted at 01:06h in Field Guide by admin 0 Comments

Tell your friends you are going to Colombia and they will ask you if you are trying to get kidnapped or killed. Like many rising travel destinations, Colombia has a very tumultuous past. From its ongoing struggle with FARC, to its violent role during America’s war on drugs—Colombia was not always a safe travel destination.

As the violence recedes, emerging is a people of unparalleled optimism and determination ready to ride the tidal wave of their country’s resurgence. The entire country has an air of confidence and optimism. From a travel standpoint, the revival began with the picturesque Cartagena de Indias and now emanates every corner of the Country. And why not? Colombia has an array of mountains, white beaches, jungle, and historic destinations. Mix in a jovial group of locals and persistent salsa music and you have the recipe for an incredible trip.

Colombia is no doubt one of the best places to travel right now. Unfortunately, the secret is out. With cruise ships now visiting numerous ports, it is only a matter of time before the country begins to lose the rugged charisma that makes it so captivating. Get there now, before its character and beauty are watered down by the waves of tourists looking for the all-inclusive Holiday Inn. Here is out Colombia field guide. 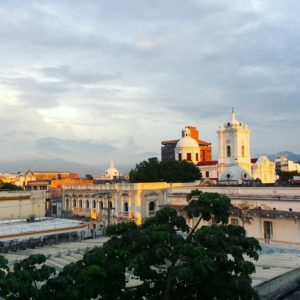 Spirit Airlines : If you are traveling to Colombia from the United States are encouraged to check out Spirit airlines. Spirit Airlines is an ultra-low cost carrier which flies from many U.S. cities to Cartagena and Bogota. It may not be the best flight you take, but if you’re willing to watch for their deals and work within their draconian pricing structure they have incredibly cheap flights to Colombia.

Wait to Book In-Country Flights : If you plan on flying within Colombia, wait to book your domestic flights until you are already in Colombia.  You can save a tremendous amount in taxes and fees.

Colombia Field Guide: Best Things To Do In Colombia

Cartagena : Cartagena is hands-down the gem of the Caribbean. The city has numerous neighborhoods, but it is best separated into two main areas. The picturesque old Cartagena which seems like something out of a fairy tale and the newer portions of the city which is more akin to South Florida’s Miami.

The old town is the crown jewel of all the Spanish colonial cities. The city was founded as a fortress port town from which the Spanish shipped the immense wealth they extracted from Latin America back to Spain. Its history is absolutely fascinating. Colonial architecture, winding roads, castles, palm trees, and churches all set on the tropical Caribbean Sea. The city seems as though it is a set from the Pirates of the Caribbean saga. Just being here transports you hundreds of years back in time. As a relatively new tourist destination, old town Cartagena also has an air of authenticity that has long left other similar destinations.

The newer areas of the city are comprised mostly of high rise condos and hotels set on beautiful white sandy beaches. Fair warning, these beautiful beaches are littered with peddlers trying to push everything from ceviche to massages. Be sure to take a ride out to Boca Chica. It’s worth the trip.

Cartagena is now open to cruise ships so get here fast before the last vestiges of culture crumble under the weight of fanny pack laden tourists.

Polomino : This destination is not on the map—yet. Catch a bus from the market in Santa Marta towards Riohacha. Let the bus driver know you are heading to Polomino. After a beautiful two hour ride along the coast, sitting on a bag of rice and listening to roaring salsa music, the bus will stop in a dusty unmarked road side town. Look for a group of men on motorcycles as they will take the rest of the way down a sandy two-track to the beach. There you will find four or five accommodations.

Polomino is virtually a vacant paradise. The water is warm and the white sandy beach is desolate. Catch some sun, start a bonfire, and relax. Honestly, do whatever you want because there won’t be anyone else there to bother you.

Santa Marta : Three hours west of Cartagena, lies Santa Marta. The city has a gorgeous old center located right on the water. There is not much as far as beaches, but that will not take away from your stay here.  The city has great restaurants, markets, and nightlife. There is a healthy population of travelers soaking in the city before heading to Tayrona, Minca, and beyond. You can also arrange trips to Cuidad Perdida.

Bogota : Boasting nearly 9 million people, Bogota is not just Colombia’s capital and largest city. It is an international city that rivals the likes of Mexico City, New York, Dubai, London and Paris. The city is steeped in culture and rich with universities, parks and plazas.

Bogota is the engine that drives all of Colombia. No trip would be complete without a few days in this enormous metropolis.  So settle in and enjoy the ride.

Leticia : This is an end of the world type town. You will likely only ever find yourself in Leticia if you’re catching a boat. The city serves as a small port for Amazon boats up to Peru or down to Brazil. The town has also become increasingly popular with people seeking to learn Spanish or take an Amazonian excursion.

The city lies on the Amazon River at a point where Colombia, Peru, and Brazil come together. Travel between the three border towns is unrestricted. However, if you are traveling onward you will need to get stamped in. The Peruvian immigration office is across the river from Leticia on a small island. Most boats heading in and out stop at the Peruvian office. Most travelers get their Colombian stamp at the Leticia Airport which can be reached by taxi or motorbike. The Brazilian immigration office is in Tobatinga. The immigration rules can be tricky. Be sure to ask your hostel owner for details.

The town of Leticia is quite nice. Good restaurants and other accommodations. Be sure to rent a motorbike to see the whole town and neighboring Tobatinga. Do not stray too far as the surrounding jungle has remnants of the FARC movement.

Medellin : Once considered the most dangerous city in the world, Medellin’s rebound has been incredible. Twenty years since the fall of Pablo Escobar and his Medellin Cartel, the city is now a beacon of progress and innovation. It often tops the list of favorite places of visitors to Colombia. The city itself follows a valley north and south with neighborhoods climbing up the hillsides. The city, said to have the perfect climate, is sometimes referred to as the “city of eternal spring.”

Cali : Cali is not always on everyone’s Colombia itinerary. Why? Because unlike other destinations, the luster of Cali is subtle. It takes time to absorb. The draw of Cali is not from beautiful beaches or buildings. It is from the people. Put Cali on your list and take some time to get to know the people. You will not regret it.

Parque Nacional Natural Tayrona : Tayrona Park is located near Santa Marta on Colombia’s Caribbean coast. The park is blessed with white beaches, sunshine and enchanting rock formations. The park also has plenty of fascinating flora and fauna. The beach and laid back atmosphere make the park very popular with backpackers.

Minca : Located high in the hills above Santa Marta, Minca is a beautiful town. Friendly locals, cooler climate and a healthy expat population make Minca a great place to drop your bag for a while. The town is generally accessed by hitching a ride with a local in the back of their truck. If you’re only here for the day make sure to pick up some of the great local coffee grown in the area. If you’re here to recoup, don’t get too comfortable or you may never leave.

Isla Gorgona : A former prison, this island in the Pacific is now a nature reserve. There is a ton of wildlife including snakes, monkeys, whales and turtles. It is also great for diving.

Traveling to Colombia is relatively safe. While the country does have a troubled past, the locals you encounter in those places listed in our Colombia field guide are warm, friendly, and very hospitable. If you would like more information you can visit the US State Department’s website on Colombia travel safety.