Things You Collect While Traveling 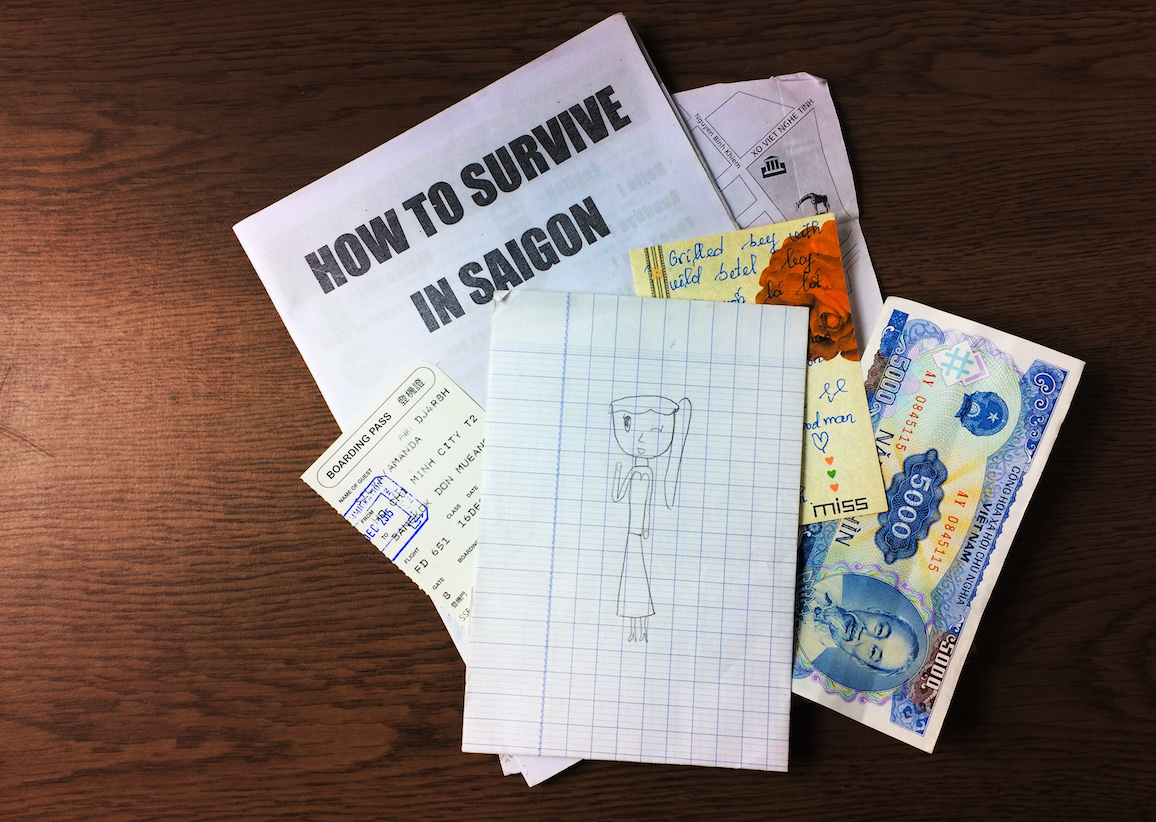 24 May Things You Collect While Traveling

Posted at 21:42h in Stories by admin 0 Comments

As we travel, we collect all sorts of things; maps, seashells, foreign currency, bus tickets. A rare mixture of souvenirs and stories. Littered throughout my house are small reminders of people I’ve had the pleasure of meeting along the way and places I’ve been fortunate enough to explore. Many of them have slowly started to blend into the background, gathering dust, and no longer demanding my attention. But, there is one thing I haven’t been able to tuck away. One ‘souvenir’ that never fades from my memory.

My husband, Aaron, and I joined a walking street-food tour through Saigon, Vietnam. We wandered between a handful of street vendors and open-air restaurants sampling the local food: Vietnamese pancakes, broken rice, spicy green papaya salad, baguettes stuffed with pate, cheese, and vegetables. The tour lasted a few hours, guided us through tucked-away neighborhoods lacking other tourists, and introduced us to a hearty spread of exotic fare we probably wouldn’t have known how to order on our own. Years later, the entire experience has started to fade into one long evening; the spring rolls and rice noodles gradually blending together. Though, there are a few distinct parts that cemented themselves deep in my memory.

I still vividly remember turning right down a dimly lit back alley as we walked away from a street market. I looked to my left and, inadvertently, inside the wide-open front door of a modest home. Two men sat on the floor with large pieces of cardboard flattened underneath them. Both men were covered in blood. Each was holding a large machete and each had a dead animal lying on their lap – or what remained of the animal. They were breaking down a skinned cow, piece by piece. There were no tables, gloves, styrofoam packaging, or OSHA posters. They were sitting on the ground, laughing and in the midst of their rehearsed routine. It was 9 o’clock at night, dark and electric outside, and I was watching two men disassemble an entire cow, tossing the pieces into predetermined piles in the corner with a nonchalance that seemed to somehow, and oddly enough, ground me.

I’ve witnessed similar events in Latin street markets, carnecerias, and butcher shops, but those are generally expected. By that point, my mind had a chance to prepare for the uncensored scenes as I walked along tables already arranged with the day’s offerings. Stumbling on this type of living room-meat processing caught me off-guard and painted a very real image that I won’t soon forget. I remind myself that I was the odd one in that scene. I was the foreigner used to seeing cows in pasture and my meat in shrink-wrapped single servings from a sterilized factory, instead of witnessing the farm-to-table process play out in a neighbor’s family room.

These fresh cuts of beef will be sold at the local street market the following day. The beef vendor’s table set across the sidewalk from the fish monger, the chicken vendor just next to him. All locally grown, locally harvested, locally processed, and locally sold. I linger on the irony of so many sought after  buzzwords set against such a severe backdrop. The first few times you infiltrate a street meat-market in a third-world country, the scenes can be shocking; figuring out how to reason unregulated practices against the Western world’s stringent health codes, prepackaged everything, and faceless food.

While watching a late-night butcher session on laminate flooring remains a memory difficult to dismantle, it isn’t the experience I catch myself replaying or subconsciously recalling. It isn’t the thing I have hanging on my wall – the same thing I tuck in the back of my journal when I travel.

Nearing the end of our tour, we stopped in a tiny restaurant that doubled as a family home. There were exactly two tables inside and a few child-sized plastic lawn tables on the sidewalk just out front. We chose a table inside, near an old oscillating fan and the tiny kitchen. We were sucking the water from a chilled coconut when a young girl walked up to the side of our table and smiled so big that I immediately smiled back. She shook each of our hands with thin, delicate fingers, and said “Hello!” Clearly proud of herself. She stood there, still beaming at us. A few seconds later, her eyes lit up and her impossibly large smile stretched even further across her little face. She turned, ran to the small freezer, took out an ice cream cup and brought it back to Aaron. She held it out, arms stretched, for him to take.

“Thank you,” Aaron said with a soft smile, squeezing one of her little hands. She blushed and beamed.

Realizing she made a connection, she started collecting other candies and snacks from around her kitchen and bringing them to us. She tried carrying a conversation with us in broken English, telling us about what subjects she was learning in school, and how old he was. She was adorably infatuated with Aaron and his red hair – a rarity in Southeast Asia. She was shy, but trying so hard to extract as much interaction out of us as she could stand. Every few minutes, her uncontrollable smile would grow bigger and bigger forcing her to put her hands over her face and run away. Then, a few moments later she would return with another treat for us to try.

As we were getting ready to leave, she ran up to us one last time. She gave us both giant hugs and handed me a small piece of paper, a present. She had drawn a picture of me in pencil on ledger paper. I hugged her again, squeezing her tiny body close to me as I swallowed hard and tried my best to blink away a few tears. She carried a genuine sweetness that I’ve only encountered a few times in my life. She was incredibly smart and kind and caring. Her family sold coconuts for pennies and their living room was a public dining room. I remember hoping that she was happy, healthy, and that she had access to all the things she needed; wishing I could just ask her. I tucked the picture in my journal, gave her tiny little hands one last squeeze, and said a final goodbye.

That picture not only reminds me of our food tour in Saigon, but it reminds me of the people in Vietnam. It reminds me that humans are kind and welcoming, that traveling is powerful and important because it exposes you to different parts of the world, to different practices and traditions. Placing cultural, scenic, culinary, and personal differences right next to each other in the same place, forcing you to recognize your own predispositions. Traveling introduces you to the lives of a young family selling coconuts and raising their daughter to change the life of a random tourist. I often find myself staring at the picture, thinking about how sweet and shy Hau was… wondering if she remembers me at all. 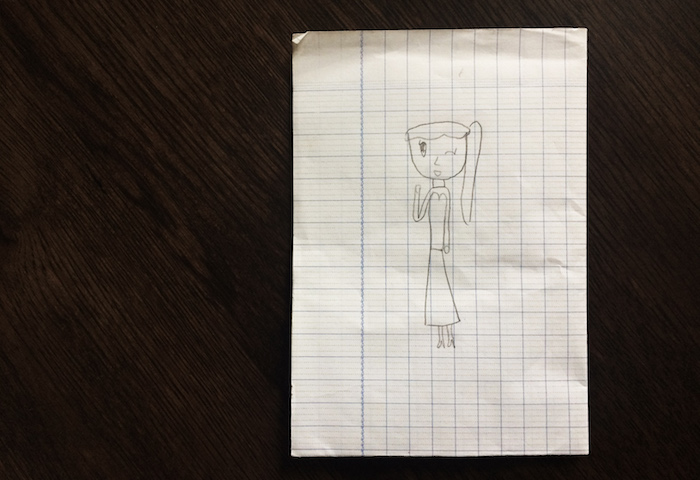