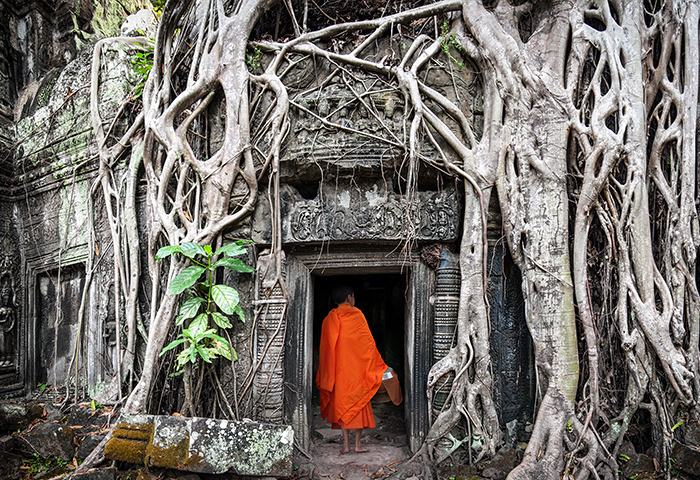 Posted at 01:12h in Field Guide by admin 0 Comments

Tell your friends you are going to Cambodia and wait for intrigue to quickly give way to panic and confusion. For some, Cambodia is a war torn country where Pol Pot and the Khmer Rouge, driven by fanatical socialism, murdered nearly half of the country’s population in an attempt to force its people into a classless agrarian utopia. For others, it is an uninhabitable jungle riddled with land mines left by a half-century of conflict. So much so, that Sir Paul himself has made Cambodia’s landmine issue one of his many causes. Perhaps worse, some may only recognize it by name as a place where some celebrity may have adopted a baby.

While all of these versions of Cambodia may be true, they do not capture the essence of the country today. Cambodia has stepped out of the shadows and is in the midst of a major renaissance. Poverty is giving way to cottage industry which is ever present in the store fronts of every street. Fear and danger have subsided leading to a booming tourism industry. Today, the biggest threat for tourists is being attacked by little kids enthusiastically yelling “hello” at every westerner they see. Most importantly, the country is filled with hope and the promise for a better future.

Cambodia is a modern success story. It has not only emerged from its troubled past, but managed to preserve its charm and authenticity. Fortunately for the daring traveler, most of the world does not know yet. Here is our Cambodia field guide to prepare you for your next trip. 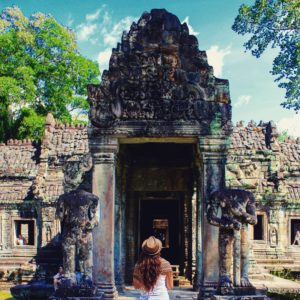 While the Riel is the official currency of Cambodia, most places deal in the USD. Merchants generally give change in both USD and Riel. The Dollar is used for larger denominations while the Riel for smaller amounts. A merchant may give you change in both, using the dollar for larger notes and the Riel as the functional equivalent of US cents.

Organize Your Own Tour :  Many of the temples, beaches, and other attractions in Cambodia are away from the city centers. While you can join an organized tour, you can save some money going it alone. Motorbikes are a good option. They are available in most towns and your hostel can give you a map to most destinations. Locals are friendly and the countryside is beautiful. For the less brave, hire a tuk tuk for the day. Often, there are locals at tourist destinations who offer tours for a modest tip.

Wait to Book Your In-Country Flights : If you plan on flying within the region wait to book your flights until you are already in Southeast Asia. You can save a tremendous amount on taxes and fees.

Cambodia Field Guide: Best Things to Do In Cambodia

Angkor Watt : This 12th century temple complex is incredible. Travel enthusiast Anthony Bourdain credits a visit to Angkor Wat with his decision to stop taking photos while traveling. He reasoned that no photograph could be taken which would truly capture the grandeur or the beauty of the city. He was right.

The temple complex itself is enormous, much larger than others you might see in Asia and Latin America. You could spend days wandering through the complex and still not see every building. Reaching the site is easy and generally done via private tuk tuk from Siem Reap.

Siem Reap : Is the main jumping off point for Angkor Watt. This once quaint city is now a boom-town largely driven by its proximity to the temples. The town has also been increasingly popular for backpackers looking to blow off some steam. Regardless of your reasons, Siem Reap is a wonderful town with great food and tremendous locals.

Kampot : This lazy riverside town is the kind of place you go if you want to try your luck at falling of the face of the earth. While the rest of the country can appear to be in a controlled frenzy of motorbikes, markets, and small industry, Kampot exists as though it is unaffected by the outside world. The friendly locals and a colorful expat community, set against a spellbinding backdrop, make you want to stay a while. Don’t stay to long many expats warn, or like them, you may never leave.

If you are headed to Vietnam, you can travel from Kampot to Phu Quoc via Ha Tien. Be sure to get your visa first in either Phnom Penh or Sihanoukville

Phnom Penh : The capital of Cambodia, Phnom Penh has been referred to as the “Pearl of Asia” for its French architecture. Today, the French architecture can easily be missed in the chaos of Tuk Tuk’s and street vendors. Nonetheless, the city is both tenacious and charming. Nightlife, restaurants, and culture abound—Phnom Penh should be on your list of destinations when visiting Southeast Asia.

The Killing Fields : When visiting to Cambodia you are immediately confronted with the countries heartbreaking and violent past.  The communist Khmer Rouge came to power in the mid 70’s and immediately began purging the population of its intellectual elite and political opponents. The result was the death of millions of innocent Cambodians. The victims were sent to camps to be exterminated and buried in mass graves all over the country. The Killing Fields are on such mass grave located on the outskirts of Phnom Penh which was preserved as a museum. The museum itself leaves nothing to the imagination. Instead, it puts every ounce of brutality on display for you to see. It can be very unsettling to anyone expecting a sterile westernized museum.

Sihanoukville : Visitors to Sihanoukville come for two reasons: to party until sunrise on the local beaches or catch a ferry to Koh Rong & Koh Rong Samloem. If you’re looking for a beach front rave which runs until early afternoon the following day, then grab a seat. You came to the right place. If eating breakfast to the fading beat of electronic music does not sound appealing, then take door number two and head for the dock.

Before leaving town, be sure to get your visa to Vietnam from the Vietnamese embassy which is a five minute tuk tuk ride from the beachfront. Also, contrary to popular belief, you can travel from Sihanoukville to Phu Quoc, Vietnam with stops in Kampot and Ha Tien.

Kep : Once a playground for the Cambodian elite, this beach-side town near Kampot was devastated during the Khumer Rouge years. Understandably, as the sea side mansions of the rich and famous symbolized economic inequality the Rouge sought to eradicate. Today the beaches are primarily used by Cambodians looking to escape the city for the day. Be sure to check out the Kep Crab Market.

Traveling to Cambodia is relatively safe. While the country does have a troubled past, the locals you encounter in those places listed in our Cambodia field guide are warm, friendly, and very hospitable. If you would like more information you can visit the US State Department’s website on Cambodia travel safety.